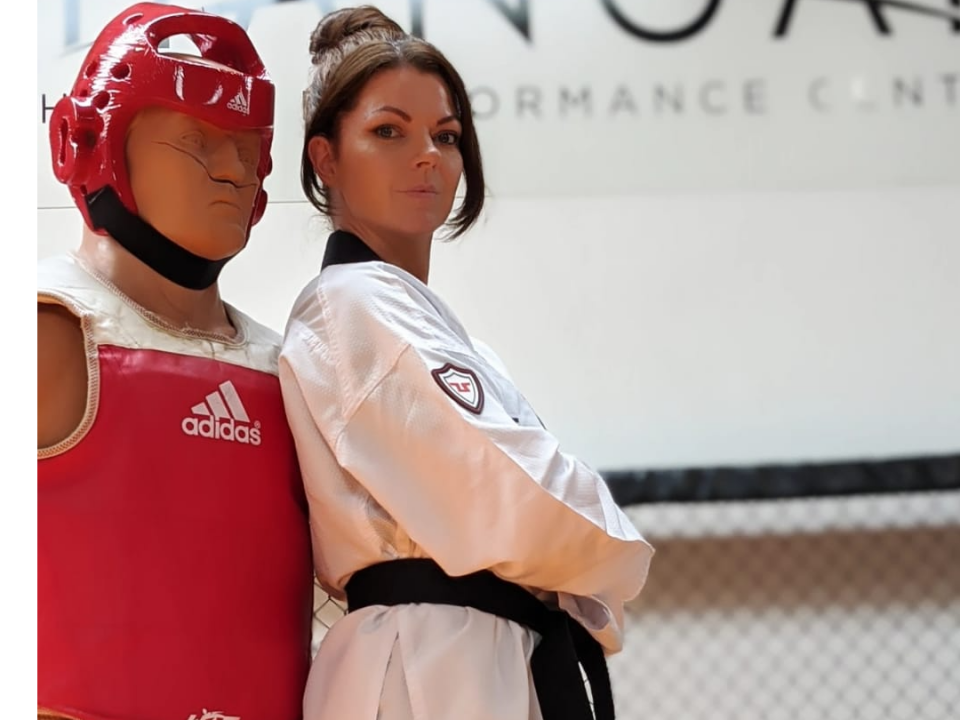 We are delighted to announce The Hangar will be homing Taekwondo Cymru’s newest Olympic-style Taekwondo class as of 7th September.

The class will run every Tuesday 4:45 – 5:45 pm & will be open to ages 8 through to adults of all abilities & will be run by instructor Sarah Farthing.

Sarah, a third dan blackbelt, has nearly 10 years of experience in Olympic-style Taekwondo where she has trained under Master Porl Stone.

She has competed herself nationally & internationally & has reached runner up position at the British National Championships on 5 occasions. Sarah also competed in the prestigious Presidents Cup & was a member of the Welsh National Team alongside double Olympic Welsh champion – Jade Jones – at the Taekwondo Commonwealth Games.

We are excited to watch this new class build & develop.

All newcomers are welcome and your first session is free.